I am just sneaking this in under the wire.  It's still January for just a few more hours.  Here are my favorite reads for January 2018.  But if you want to see everything I am reading these days, check out my reading page. 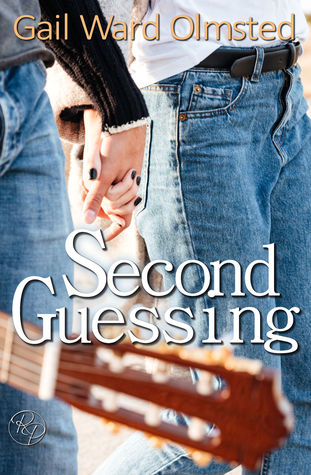 This one is coming out on February 5th.  But I got the inside scoop on this one, as I was a beta reader for this author and then I got the chance to read an advance reader copy after it was done.  Let me tell you, getting to be a part of that process is AWESOME.  If you love to read and you know an author you really ought to get in on that action, because it is so much fun to be a contributor to an author’s creative process.

Anyway. What’s it about?  OK, I’ll tell you.  Second Guessing is the sequel to Olmsted’s novel Guessing at Normal, which I LOVED.  The story follows Jill, a widow of mega rock star James Sheridan.  Ten years after her husband’s death Jill is organizing a massive tribute concert to her late husband’s career.  The story follows as she’s trying to coordinate it all, and in the process she falls for Ben Fein, the headliner of the show.  She goes through the drama of falling in love as a widow, and it’s even crazier while doing it in the harsh glare of the paparazzi flash bulbs. 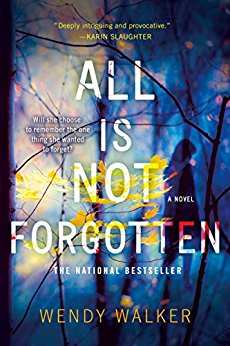 All is Not Forgotten by Wendy Walker

This story was pretty complex.  A teenage girl was raped.  She was given a treatment that allowed her to forget the actual rape.  She knew she was raped, but has no memory of it actually happening.  So, then the next question would be—how on earth are the cops supposed to find out who did it if the one person who was there can’t remember? 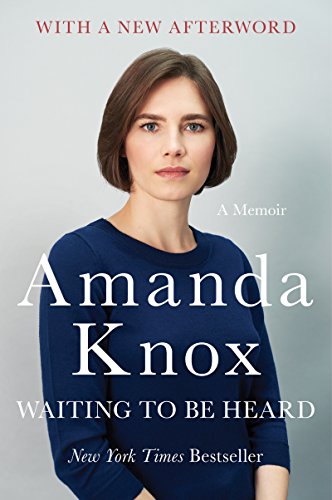 Waiting to Be Heard by Amanda Knox

I listened to the audio version of this memoir and it was narrated by Amanda Knox herself.  Surely you’ve heard her story.  When Amanda Knox was 20 she decided to study abroad in Italy.  She befriended her housemate, a student from the UK named Meredith Kercher.  A few months after Amanda arrived in Italy Meredith was brutally murdered and Amanda and her boyfriend Rafael were accused and imprisoned for the crime.

Amanda Knox explains the strings of misunderstandings, things lost in translation, and even an overly proud team of detectives put her away for several years for a crime she didn’t commit.  She discusses the years spent in prison in Italy, how she coped and eventually how she was exonerated.  It was a fascinating story that left me with my mouth hanging open in disbelief so many times.  It sucks that she had to go through all that, I am sure it was terrible, but man—what a story.