Looking for something to read on the beach this summer? Or under that big shady tree? Here’s what I read and loved in July. 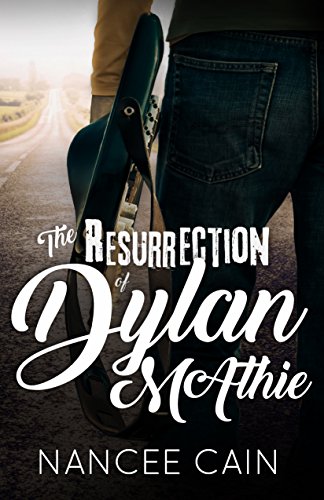 The Resurrection of Dylan McAthie by Nancee Cain

Jennifer is a nurse who grew up next door to megastar rocker Dylan McAthie. She had a schoolgirl crush on him, and he doesn’t even remember who she is.  But when Dylan returns to Pine Bluff, Alabama to convalesce from a major accident he becomes acquainted with her once again.  Jennifer is hired to be his private nurse to help him recover after he nearly loses his sight in his accident.  In addition to healing from the accident, Dylan needs to recover from his fast lane life as a rocker, grieving the loss of his girlfriend, and the loss of his band.  He needs to figure out what to do next in terms of his career and about his love life.

Jennifer is a young nurse, good girl, daughter of a minister.  She’s trying to prove herself as a nurse, while trying to avoid falling for Dylan and falling into his habits that she was raised to consider sinful.

Cain did a great job of balancing the good girl vs. bad boy tension in this book.  She also keeps us guessing as to whether Dylan and Jennifer will in fact end up together, and whether it will be REAL and not a Hollywood love story.  This is the first of a series. 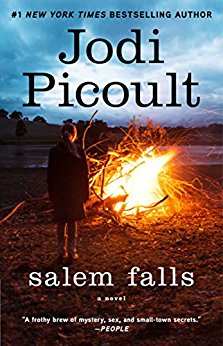 You really can’t go wrong with Jodi Picoult. Ever. She does a great job of spinning a story around a current event.  This particular one is something I’ve thought about for years.  Jack is a high school teacher accused of having an inappropriate relationship with one of his students.  After doing his time he is released from prison and tries to start over in Salem Falls, New Hampshire.  And it happens again.  The daughter of the local mogul accuses him of raping her, and based upon his history the town is quick to believe her and quick to chase him with their torches and pitchforks.  The problem is, again, that he did not do it.  And this time around he doesn’t want to take the plea bargain and go to prison, again, for a crime he didn’t commit.

The reason why I’ve thought about this kind of story for years is that I wonder what happens to someone who falsely accuses a man of rape.  The man’s name gets dragged through the mud before he even stands trial, while hers is kept private.  If the man is not found guilty of the crime, he is still guilty in the court of public opinion.  He ends up having a hard time getting a job as a result of the story attached to his name on any Google search.  However his accuser, if it was a false accusation, never has to stand trial in public for making that accusation. This situation has always struck me as terribly unfair in the case of a false accusation.  Picoult handles it beautifully, as she always does. 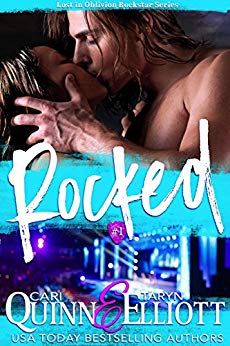 Harper is a caterer, new to the job of touring with up and coming sensation Oblivion.  She’s not new to the rock tour lifestyle, however she is a new chef looking to prove herself.  Deacon is the bassist for Oblivion, and he’s looking to take his band to the top.  When Harper and Deacon meet, sparks fly.  But Harper has been burned by a rocker before, will Deacon convince her to trust him?

When I say that sparks fly, they flew all over the place.  I wasn’t expecting the sex scenes to be so detailed.  So if that’s not your thing, then fair warning.  The scenes were hot.  Not like Fifty Shades hot, but they will grab your attention.  This is the first of a series, so if you’re looking for something romantic, sexy and interesting then I recommend this to you.