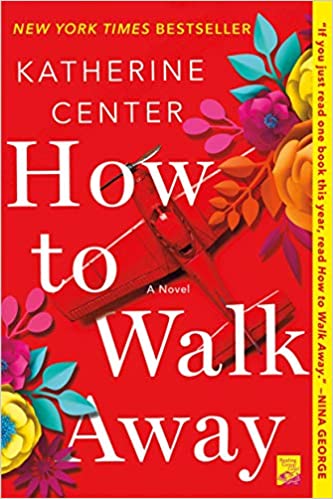 How to Walk Away by Katherine Center This one was heartbreaking, funny and inspirational.  Salty and sweet, if you will.  Margaret is terrified of flying.  Her boyfriend is learning to be a pilot and takes her up in a plane to propose to her.  Everything is going great until they are about to land, when the weather suddenly changes causing the plane to somersault off the runway.  Margaret’s legs are pinned inside the plane but the boyfriend walks out without a scratch.  She is left to recover from her injuries—severe burns to her face and neck and paralysis from the knees down.  Her family has its dysfunction.  Her sister was estranged from the family, but ended up coming back to Margaret’s bedside.  Ultimately her family heals and Margaret figures out how to move on without the boyfriend, without the dream job.  The thing about this story that inspired me the most was the sentiment that was one of the things that Margaret’s physical therapist tells her.  “When you don’t know what to do for yourself, do something for somebody else.”  It’s just what I needed to hear in a time during a pandemic when I am so focused inward. 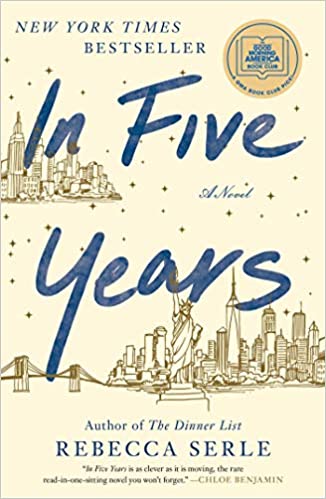 In Five Years by Rebecca Serle   Dannie got asked in the interview for her dream job where she saw herself in five years, the same old question we all get asked in every interview.  That night she and her boyfriend get engaged, and she has a very vivid dream about a strange apartment with a strange man, and in the dream its five years from then.  The dream is more premonition than dream.  Later on she meets the man in the dream, and it turns out he’s her best friend’s new boyfriend.  Is she on the track to the inevitable, that night in the strange apartment with this man?  Can she change course so she won’t break her fiance’s and best friend’s hearts?  An interesting concept for sure. 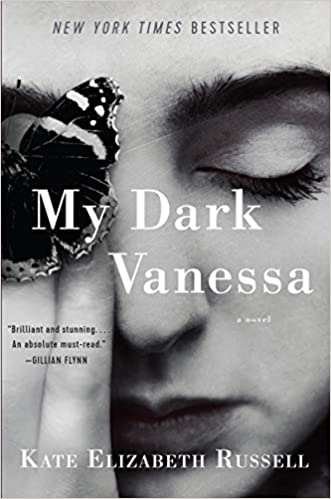 My Dark Vanessa by  Kate Elizabeth Russell This one was brutal and raw.  Vanessa was 15 when she had a fling with her English teacher at her boarding school.  She is obsessed with him, to the point where once the affair is discovered she takes the fall for him and gets expelled from the school to keep him out of jail.  But it doesn’t end for her there.  She remains entirely besotted with him, to the point where she doesn’t even think of dating anyone else.  When it comes out that the teacher has had dalliances with other girls, and as she grows older she senses she is less attractive to him because she is getting older and he’s only attracted young teen girls.  The affair has stunted her for sure, she deals with alcohol abuse and a lack of direction in her life as in adult.  When the new accusations come out in 2017 she has a choice as to whether she should stand up and say Me Too or should she stand by her man.