This was kind of a weird vacation for us.  It was still enjoyable, but just different than we normally would do.  We planned on a 2 week sailing trip aboard Sabine.  But the conditions were kind of lousy.  We had to wait out a few small craft advisories so we could sail from one place to another.  We had storms.  And when it wasn’t storming it was sweltering hot.  Like we tried to walk around and explore Provincetown and we melted into blobs onto the sidewalk.  We came off the water early because we got a little tired of battling storms and waiting for the seas to calm down.

When we got home we did some projects around the house—which is why my list of books I read on vacation is a lot shorter than previous years.  I was busier than I would be just sitting at anchor lounging and reading. 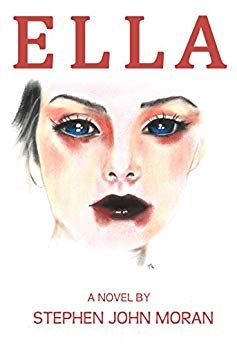 This isn’t a book I’d normally read, honestly.  But I met the author at a book event and he is such a cool dude, I thought I’d give it a try.  He says that his book is a combination of the TV show Dexter and the Nabokov classic Lolita.   I never watched Dexter, and I tried to read Lolita but couldn’t get into it.  But I totally got into Ella.

It’s the story of a young woman who embarks on a cross country trip to meet her long lost boyfriend.  But along the way she encounters a few sleazy men who are complete jerks, and she murders them after taking the to bed.  The thing that’s particularly interesting about this book is the way Moran wrote it.  It’s very dream like, very gauzy.  You’re not sure if she actually killed these men or not.  But then another character swoops in, tears down the gauzy curtains, and shows us what’s behind them.  It was actually quite brilliant how he wrote it—and I am a sucker for a male author who writes a female character.  Moran nailed it. 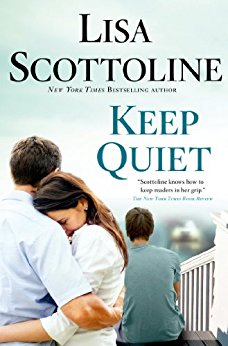 I listened to her earlier books, the ones about the women who were lawyers who kept getting stalked.  But lately she’s been getting away from the stalkers and getting more into normal people who end up in situations that make them do questionable things, and then they have to face the consequences.

Keep Quiet is the story of a father and a teenage son.  The dad let the teenage son drive, even though the son only had a learner permit and it was after hours.  As they were driving on a winding road at night, the son hit a jogger with the car.  The dad panics once he realizes that his teenage son’s life would be ruined by a mistake that only took seconds to make, and he makes the decision to leave the scene.  He and the son vow to never tell anyone about what happened to the jogger on that dark street that night. 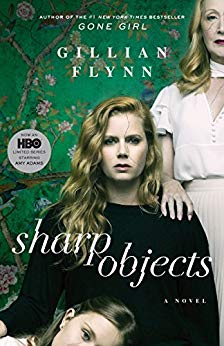 OK, so I think my vacation selections were a bit dark this year. Because this is the third thriller I’ve read on this trip.  This is a re-read for me, and I was inspired to read it after watching some of the HBO mini series.  But then my HBO subscription lapsed and I wasn’t able to finish it, so I had to read the book to remember how it ended.

Camille Preaker is a reporter who has to go home to her stiflingly small hometown of Wind Gap, Missouri to investigate the murders of two tween girls.  Her home is filled with emotional landmines, which caused her to develop some disturbing coping mechanisms like self-harming and alcoholism.  In addition to having to face her demons from her past, she’s trying to prove herself as a reporter in a town where nobody wants a reporter snooping around.

The ending of this book will completely surprise you, as it did for me when I first read it.  I had literally said “Oh snap” when I got to the end.  Gillian Flynn will pull you in so hard, and while she’s presenting you with some pretty disturbing topics, she does it so eloquently that you will keep reading. 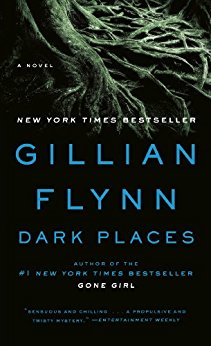 Another dark one.  Another Gillian Flynn.  She’s that good.  In this one Libby Day was 7 when her family was murdered in a Kansas farmhouse one winter’s night.  Now it’s 20 something years later.  The money that people have donated over the years has run out and she has to figure out what’s next.

She learns about a secret-ish society that is obsessed with true crime and the murder of her family has been investigated by them over the years.  While her testimony, as a 7 year old, put her brother away as the killer, she starts to question whether the testimony she gave was even true.  Libby joins the investigation to find out what really happened that night.

The story bounces back and forth from Libby in the present, to her mom and her brother in the past leading up to the night of the murders.  And she learns the truth about what happened that night.

I loved this one because it was quirky.  Yes, it was dark, but it was also kind of funny in her dealings with these odd people who are obsessed with true crimes.  Another winner. 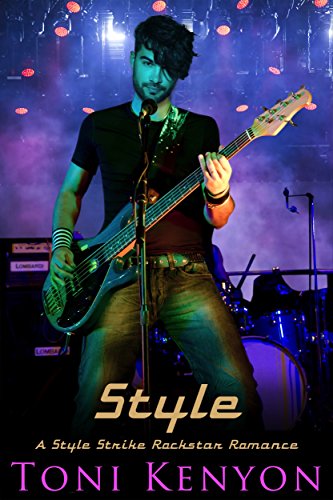 OK, so now we’re onto a light vacation read.  Ashley is a driven 20 something who just landed the internship of her dreams, and her life is going places.  She and her roommate head to Vegas for a rock festival where she managed to get back stage and hook up with Paul, the bassist from Style Strike.  And that one night changed everything for Ashley, and for Paul.

A few weeks after the festival Ashley realizes she’s pregnant as a result of her one night stand with Paul.  When he comes to Seattle, her hometown, on his tour she has to tell him about the baby.  And then they have to figure out what to do next.  His star is rising, would he be willing to leave it all for her and the baby?  Or would she be willing to leave her career to join him on the road?