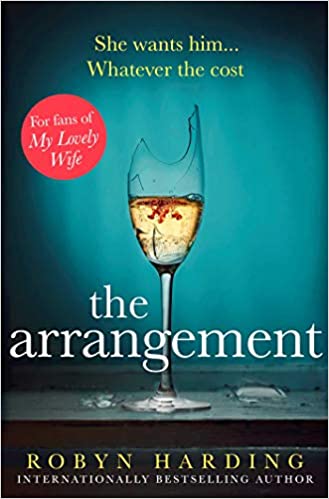 The Arrangement by Robyn Harding  Nat is a struggling art student in New York City. She got fired from her job, her roommates are threatening to throw her out. Until one of her classmates fills her in on how she makes money: she’s in a sugar daddy/sugar baby relationship.  The book opens with Nat calling her dad.  She’s accused of murder, and I spent the entire book not knowing who actually got murdered until close to the end of the book.  The peek into the sugar daddy/baby relationship is completely fascinating.  A fascinating book indeed.

American Dirt by Jeanine Cummins This is the story of Lydia and Luca. They are Mexicans trying to escape the wrath of the local cartel.  The cartel took out their entire family and they survived the attack.  They are on the run to the US and have to figure out the complicated ways of Central American migrants on the way to the US.  Just like the book I read last year We Are Not From Here they travel on La Bestia to get to America.  This book had a great deal of controversy surrounding it as Jeanine Cummins is white and wrote this book about Latino migrants and how she’s not qualified to tell that story because she is not white.  I tend to disagree with that sentiment, as I did learn something from this book regardless of the ethnic background of the author.  Still a solid story. 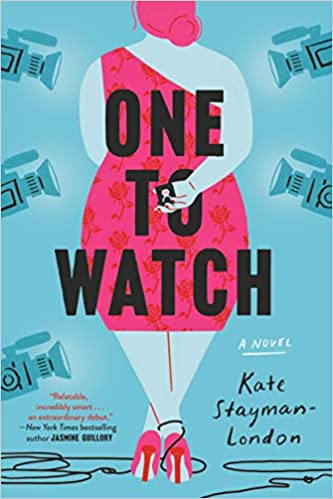 One to Watch by Kate Stayman-London Bea is a plus size fashion blogger who is a very strong voice as a plus size influencer.  When she posts a blog entry about the show Main Squeeze which is kind of like The Bachelor and how the women on the show are never plus size, and the men are not diverse at all, the show’s producer invites her to be the next contestant on the Main Squeeze.  Bea goes on to the reality show to prove to the world that love doesn’t always look a certain way.  She doesn’t think she’ll actually fall in love with any of the contestants, and some are downright rude to her when they meet her.  Eventually Bea learns that her size isn’t something that should hold her back from actually falling in love with someone who wants her, with all the twists and turns of being on a reality show. 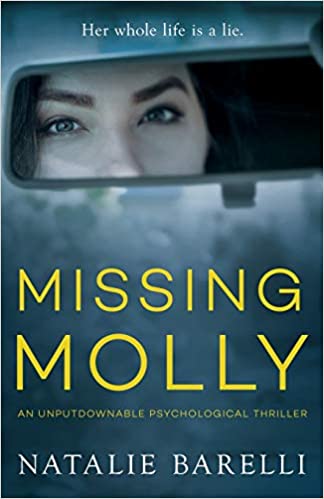 Missing Molly by Natalie Barelli  Rachael works at a newspaper on the verge of going under.  In an effort to save the paper the management decides to record a true crime podcast, the topic of which is to determine what really happened to Molly Foster.  At age 12 Molly’s entire family was murdered, and Molly managed to escape and fade off into the woodwork.  Nobody knows what’s become of her.  The thing is, Rachael is actually Molly Foster, and she’s involved with the podcast at work which is trying to track down Molly, when the real Molly is right under their nose the whole time.  She knows that if she’s found the man who murdered her entire family will come after her.  She tries to undermine the podcast to save herself, but can she actually keep her co-workers off her trail?  I was obsessed with this one. 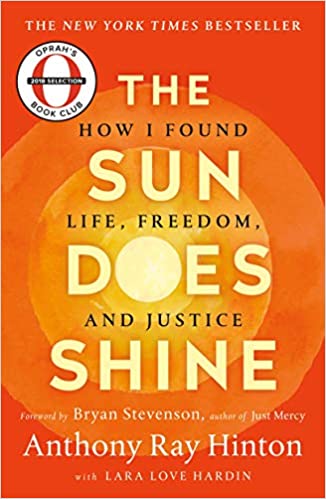 The Sun Does Shine by Anthony Ray Hinton This is another book about an innocent man on death row in Alabama, a memoir.  Just what in the hell is happening in Alabama that they keep putting innocent men to death?  Ray Hinton was on death row for literally 30 years for a murder he was nowhere near committing.  The problem was his court appointed attorney did a shitty job, hired a terrible ballistics expert and then Hinton paid the price for it.  It’s a terribly frustrating story even when the state is given evidence that shows that Hinton is innocent they still refuse to acknowledge they’d made a mistake. 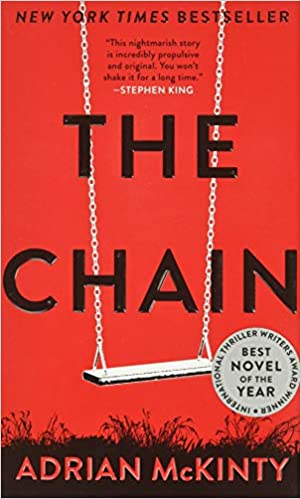 The Chain by Adrian McKinty  WOW! I was obsessed with this one.  One day Rachel gets a phone call, her daughter Kylie has been kidnapped.  But then she gets the most insane ransom demand ever.  She has to pay money for the ransom, of course, but then she has to kidnap someone else’s kid and get them to pay the ransom in order for Kylie to get returned to her.  So, really the people who kidnapped her child also have had their own child kidnapped—so they had to kidnap Kylie to get their kid back.  And so it goes, like a chain.  If she breaks the chain she and Kylie will be killed as well as the people above her in the chain.  You know from the beginning that she is somehow going to bring down the chain, but how?  I was riveted to this one. 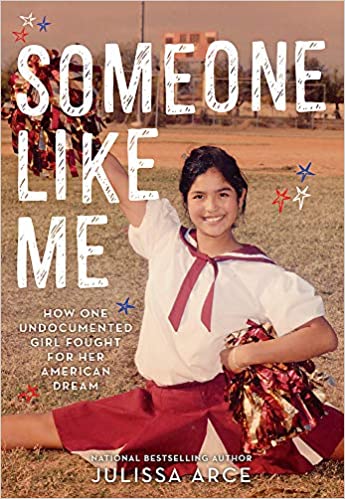 Someone Like Me by Julissa Arce This is the memoir of an undocumented Mexican immigrant.  Her parents brought her to the US so that she would have better educational opportunities, but warn her “you don’t have a social security number and you need to keep that quiet.”  She talks about how much she struggled with her parents being gone all the time working to provide for their family, her abusive drunk father, and her struggle to fit in at school in Texas knowing that she has this massive secret about being undocumented.  Super interesting inside look at what it’s like to be undocumented. 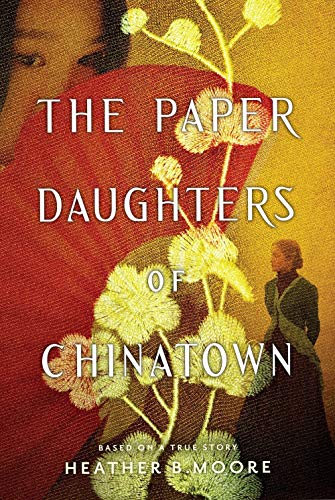 The Paper Daughters of Chinatown by Heather B. Moore I read this one on my summer vacation.  It’s the story of Donaldina Cameron, she was the director of Occidental Mission Home for Girls in the late 1800s-1900s.  This home specialized in taking in Chinese women who were sold into sexual slavery during the time.  Dolly, with the help of local police, rescued girls from brothels, put them up in this home and provided English lessons and career lessons so these women could move on and become productive members of society.  The book also covers the story of a Chinese woman named Mei Lein who is duped into coming to America just to become a sex slave as well.  Of course Dolly and Mei Lein’s paths cross, and it’s a fascinating insight into both sides of the story.  An excellent book. 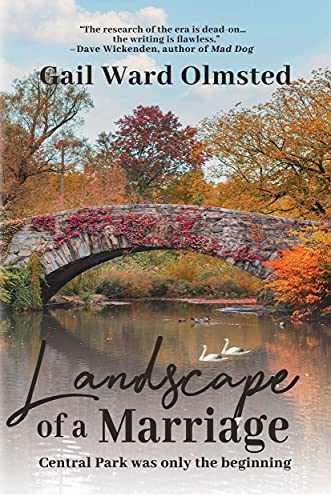 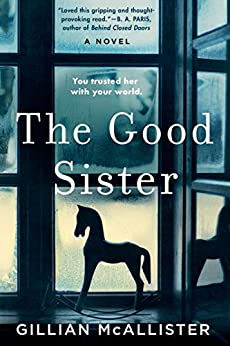 The Good Sister by Gillian McAllister  Martha and Becky are sisters.  Becky is the screw up and Martha is the together one.  With Martha so focused on building her aid organization to help Syrian refugees in Greece she hires Becky to be a nanny to her infant daughter.  The story is told by numerous witnesses who testify in the murder trial of Layla, Martha’s baby, who died while in Becky’s care.  Of course the fact that the baby died while the sister was caring for her has completely torn the sisters apart.  With all the testimony you are convinced that Becky just lost her shit because the baby was suffering from acid reflux and would not stop crying for hours on end.  The testimony against her is pretty damming, and Martha doesn’t know who to believe—the line of witnesses or her sister who says she didn’t smother the baby. 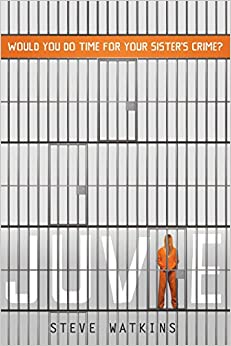 Juvie by Steve Watkins  OK, I loved this one.  It’s the story of a 16 year old girl named Sadie.  Between her and her older sister Carla Sadie is the responsible one, the one who has a plan to go to college and envisions herself going places.  Then one night Carla talks her into going to a party, and Sadie and Carla meet two guys and get mixed up in a drug deal.  Carla already has two strikes and a young child, if she goes to jail she’s going for a long time.  Sadie agrees to take the fall for Carla and goes to juvenile detention to serve six months for drug dealing.  A fascinating look at the inside of juvie and the inmates that Sadie meets inside.  Very good book. 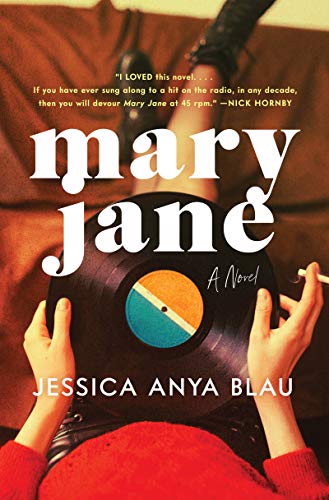 Mary Jane by Jessica Anya Blau    Mary Jane is 14 and lives in 1970s Baltimore.  She takes a job as a summer nanny for Dr. and Mrs. Cone, a young hip family who lives down the street.  Mary Jane comes from an incredibly conservative home, and life in the Cone household is the exact opposite.  Dr. Cone is a psychiatrist who takes on the addiction recovery of a famous rock star.  Johnny, the rock star, and his wife Sheba move in to the Cones’ household, and this ends up being a transformative summer for Mary Jane.  Not only is she in charge of the five year old daughter, she kind of ends of caring for the rest of the family as well and tames their chaotic household into a semi normal environment.  But Mary Jane breaks the conservative shell that her parents have imposed upon her, all the while lying to her parents about where she’s at and who she’s becoming.