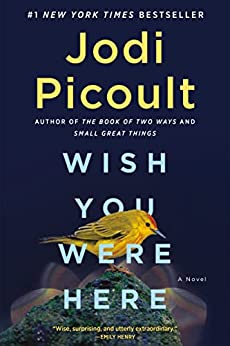 Wish You Were Here by Jodi Picoult   This is the first pandemic related book I’ve read, and it was super interesting. So, Diana leaves for a dream vacation, without her boyfriend, to the Galapagos just as the pandemic is starting. Her boyfriend is a doctor at a local hospital in NYC and tells her to go on her own.  Of course she gets stranded on one of the Galapagos islands as the world shut down.  The hotel is closed. The stores are closed. A local woman allows her to stay in an apartment in her house.  She starts to meet a few locals and tries to figure out how to do things like get food without any access to money.  The internet connection is spotty and she can’t seem to get a connection to get word home. Little by little she falls in love with the place and a man named Gabriel.  And then she wakes up and leans that she had contracted COVID and the whole trip was a big dream while she was unconscious.  But it was SO REAL!  She dreamt months of living in the Galapagos within five days.  How is it possible that it never happened? Then she is struggling with whether she even likes her real life now that she’s had a taste of this other life in the Galapagos. A fascinating take on the pandemic for sure. 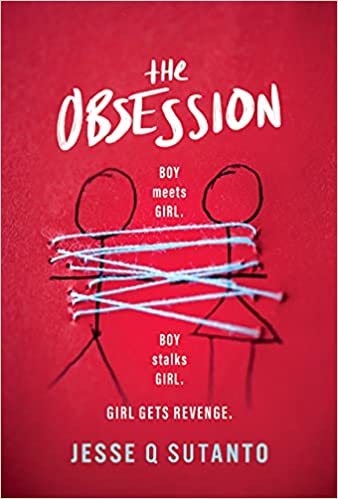 The Obsession by Jesse Q. Sutanto  I am not sure how I feel about this one.  Logan and Delilah go to a private school, and Logan instantly and obsessively falls in love with Delilah.  Meanwhile at home Delilah lives with her mom and boyfriend. The boyfriend is physically abusive and all around a complete asshole.  One day when he’s working on his muscle car, he tells her to get him a sandwich.  When she comes back into the garage she kicked the jack on the car, the car fell on him and crushed him to death.  So now she has to hide the fact that she murdered this jerk.  But because Logan is obsessed with her he had a camera trained on her house and caught the whole thing.  Then it became “if you are my girlfriend then I won’t rat you out.”  So then she has to figure out how to get this crazy guy off her back.  I am not sure I really liked the ending of this book but the concept was super interesting. 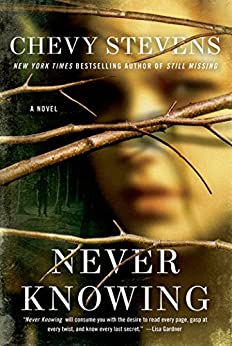 Never Knowing by Chevy Stevens Another great one by Chevy. In this one Sara is an older woman with a child of her own. She knows she was adopted by her parents, she’s always known that. But she’s never gone to look for her birth parents for fear of insulting her adoptive parents. She tracks down her birth mother who wants nothing to do with her and literally slams a door in her face. Then she hired a private investigator to track down her birth father. Turns out her mother, now living under an assumed name, was the only survivor of serial killer at large Campsite Murderer. Back in the day the Campsite murderer murdered birth mom’s parents and raped birth mom. Birth mom managed to escape before he could murder her too, but she got pregnant.  News about Sara’s connection to the Campsite Murderer got out. Then the murderer contacted her. It got to the point where he would threaten to murder other women if she didn’t answer the phone and talk to him. Then the cops wanted her to keep talking to him so they could try and triangulate his position and catch him. He keeps upping the stakes of wanting to meet her and her daughter, which of course she doesn’t want to do because he’s a serial killer. So she’s in this massive conundrum where she has to always be available to him—without telling anyone else in her family—or he will murder other people. A very suspenseful story.