“February was so long that it lasted into March,” Dar Williams, February.

Thankfully February is a short month, because I have to say it is my least favorite month.  I feel like it drags on in anticipation of spring.  And in Rhode Island February tends to be the month in which we get the most snow.  (Though this year we haven’t, and it’s been amazing.) And getting the most snow in February sucks because you just want to be done with winter already.

So, normally I would feature three books in my standout blog entries.  But because February is such a brutally long yet short month, I only have two that I feel meet that distinction of Standout Reads. 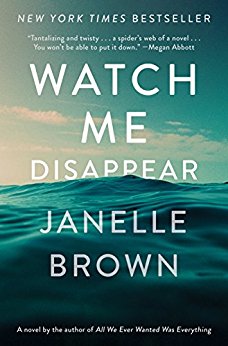 Watch Me Disappear by Janelle Brown

What if your wife died, but then you started to suspect that she wasn’t actually dead and she decided instead to disappear?  She went on a hike by herself, and her body was never recovered. All that was left was her phone and one of her boots.  Jonathan and his daughter Olive embark on a search into Billie’s past to see whether or not she could still be alive somehow.  Clues in her laptop computer are like crumbling breadcrumbs to her past as an ecoterrorist, her ex-boyfriend and the idea that she may not be dead, she could be hiding out somewhere.

This one was awesome!  I was riveted the whole time, as I didn’t know whether Billie was alive or dead and what they would find at the end of the trail they’d found.  Must read! 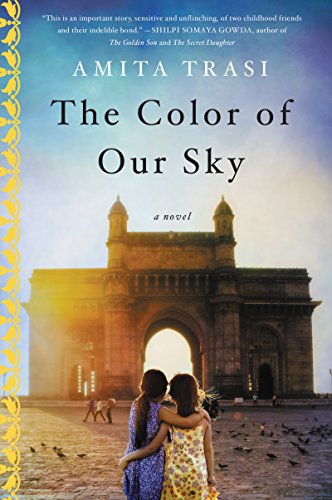 The Color of Our Sky by Amita Trasi

Tara was a child in India when her father rescued a little girl, Mukta, from a life of prostitution.  Tara and Mukta become best friends, like sisters really, until one night Mukta is taken from their home.

As an adult Tara returns to India after her father’s dying wish was for her to find Mukta.  She leaves her American live and immerses herself in to the slow bureaucracy of India as she spends years trying to locate her long lost friend.  India is a huge place with many dark corners for people to hide in.  Will Tara find Mukta?  And was she actually responsible for her disappearance so many years ago?

I hope you enjoy my standouts for this month!