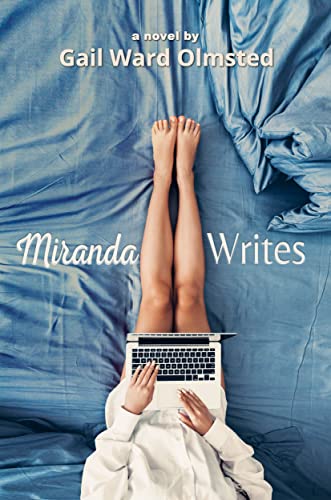 Miranda Writes by Gail Ward Olmsted  Gail Olmsted has done it again. Miranda is a former prosecutor who was disgraced off of a high profile case and a rapist went free.  Her key witness skipped town at the last minute.  Now it’s years later and she has pulled her life back together.  She started a legal advice blog and podcast that gained enough popularity that she's being considered for her own syndicated daytime TV talk show.  A super big deal, right?  Just as she's about to get the deal sorted out her past sneaks up on her.  The rapist on that case is back on trial and the witness who skipped town is back and ready to testify again.  She is working with the witness and with the prosecutor's office, despite the fact that she doesn't work there anymore, and learns some crazy truths about why the key witness skipped town back then.  She must protect the witness and ends up getting caught up in the mess of it all.  And then on top of it all she still has to appease the show producers and get her show on the air.  Awesome story, very well done, and I think that so far this is my favorite of Gail Ward Olmsed. 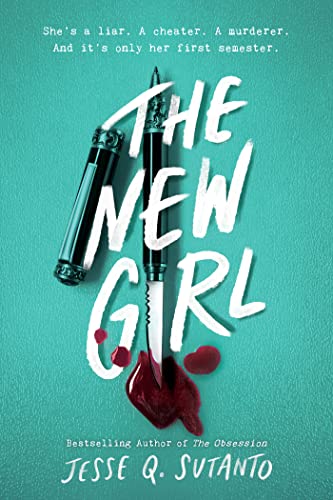 The New Girl by Jesse Q. Sutanto  Lia gets into an exclusive private high school on a track scholarship. But there she learns about the massive divide between the haves and the have nots, she being a have not.  On her first day she witnesses a student punching a teacher out of frustration.  Then she learns that the teacher is sleazy and selling high grades to the highest bidder.  Of course, being a stodgy institution, nobody believes her and she tries to find proof.  That’s when she is physically attacked by the teacher, she defends herself and he dies.  A lot is riding on this scholarship, her entire future, and she can’t possibly lose it and get kicked out, or go away for murder. Great book. 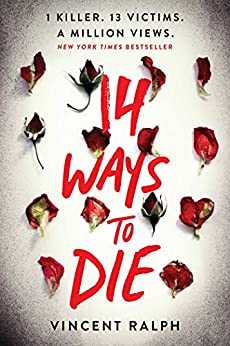 14 Ways to Die by Vincent Ralph  I was mildly obsessed with this one. Jess is a 17 year old girl who lost her mother to a serial killer, her mother was the first to be killed when Jess was 7.  At 17 she gets accepted into a reality show on YouTube on which she wants to use as a platform to bring attention to the killer, who by that point had killed 13 women and still was not caught.  She wants to use her platform in the same way as the Someone Knows Something podcast. She hopes that she can get viewers to examine the people around them and see if they think that the killer is in their midst so she can draw out the Magpie Murderer and catch him once and for all.  I think this was a very original story, and very well done.  Kept me interested the whole entire time.