Beside the Music - available now! 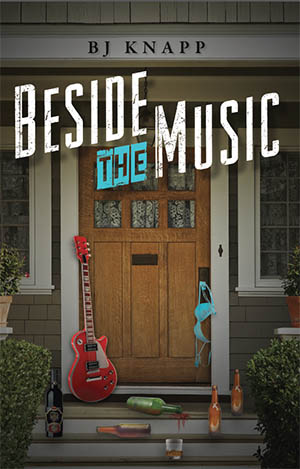 What would happen if an 80s rock band like Def Leppard moved in to your house?

This is the story of Brenda and Tim Dunkirk, and what happened to their marriage when 80s sensation Hydra moved into their home while the band recorded their comeback album.  Brenda was quickly swept up in being the rock and roll muse.  She fantasizes about lyric writing sessions around her kitchen table; but for Tim the fantasy turns into a nightmare.  Fed up with the band’s chaos he walks out on Brenda.  With the marriage hanging in the balance, her boss is also threatening to fire her if she doesn’t get her act together at work.

Ultimately Brenda has to choose.  Can she be one man’s wife and another man’s muse?