I recently had to send my Samsung Galaxy watch back to Samsung to get repaired.  The backing plate on the watch slipped off as I repositioned the watch on my wrist—something I do 90 hojillion times per day.  And not having my watch on has been driving me a bit crazy.  I am in the habit of pressing the upper right button on it another 90 hojillion times per day to check with time it is.

A new beagle puppy!!  We’ve been missing having a beagle in the house since we said goodbye to Nemo last July.  I present to you Phin, named for Captain Phineus Blanchard.  Phin is a lemon beagle and we brought him home when he was just 7 weeks old.  So far he's been a pretty cool puppy.  We're working hard on the house breaking, he's learning a lot at puppy school every week.  But he is also showing his beagley traits of having a lot of opinions and a born problem solver--his hobbies also include chewing on wires and shoes.

This is the day we first met him at his pudgy 7 weeks old.  We drove to Rochester, NY to pick him up, and he was a champ in the car for over five hours on the way home to Rhode Island. 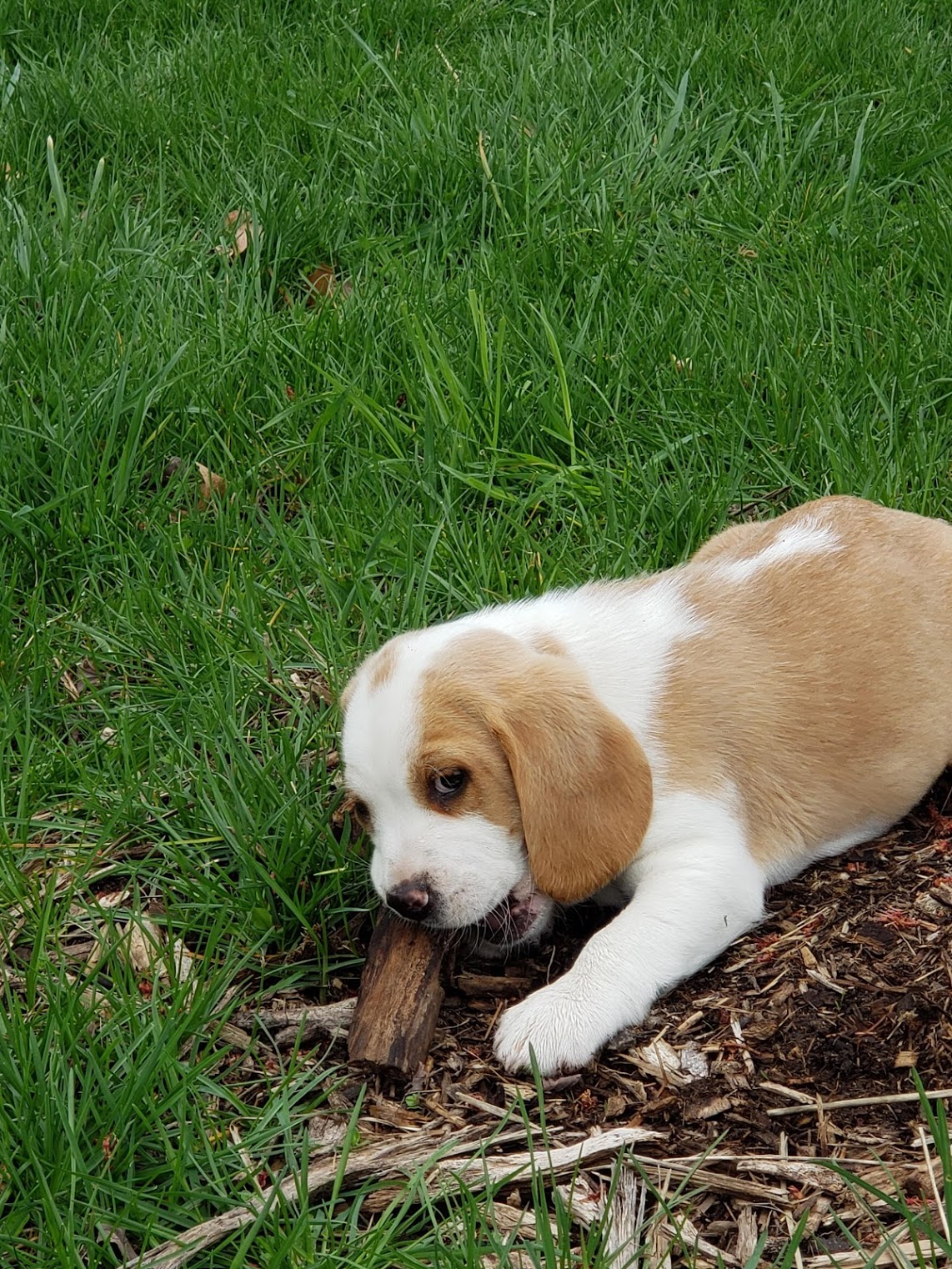 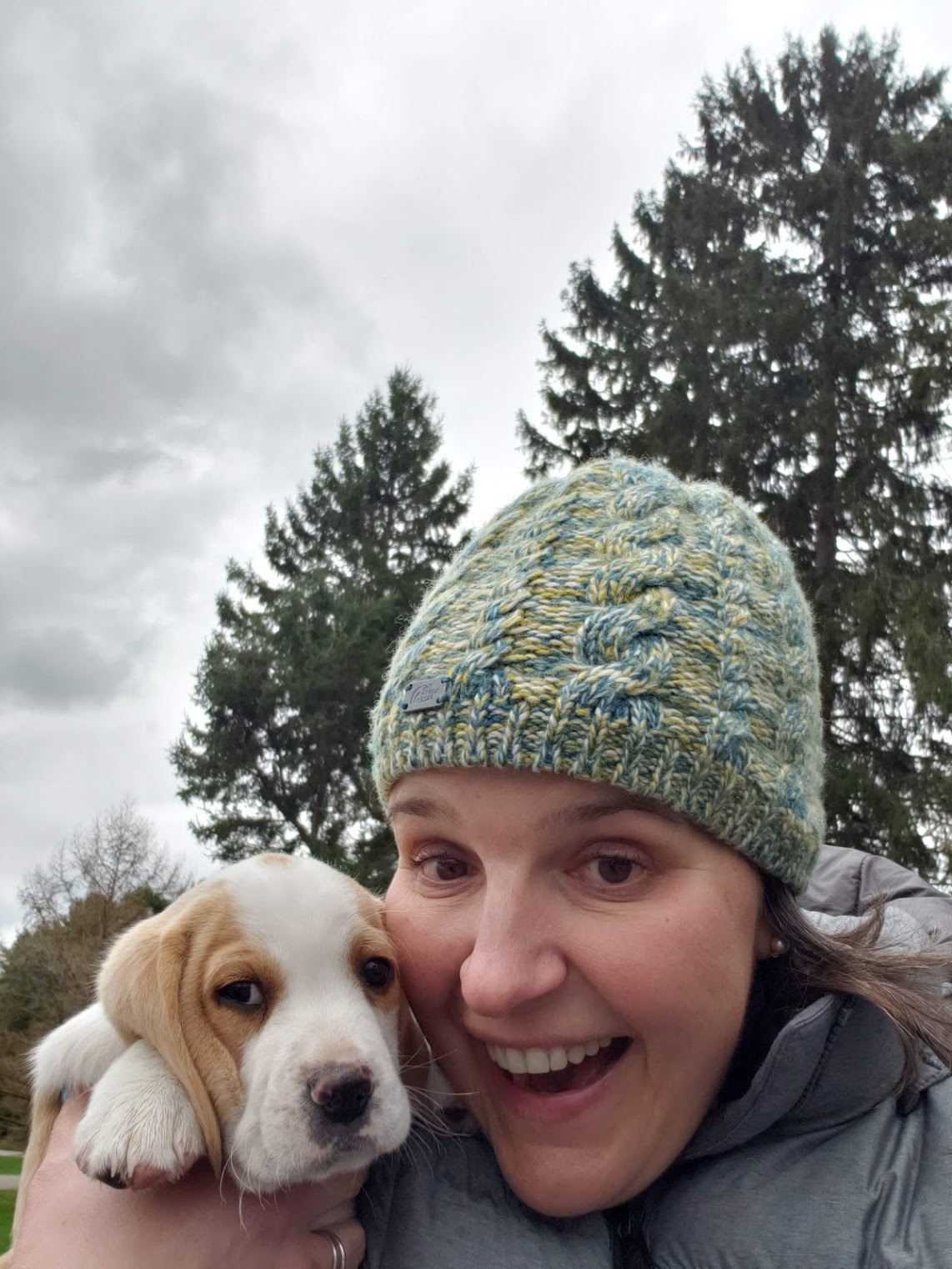 Phin's first selfie with his parents. 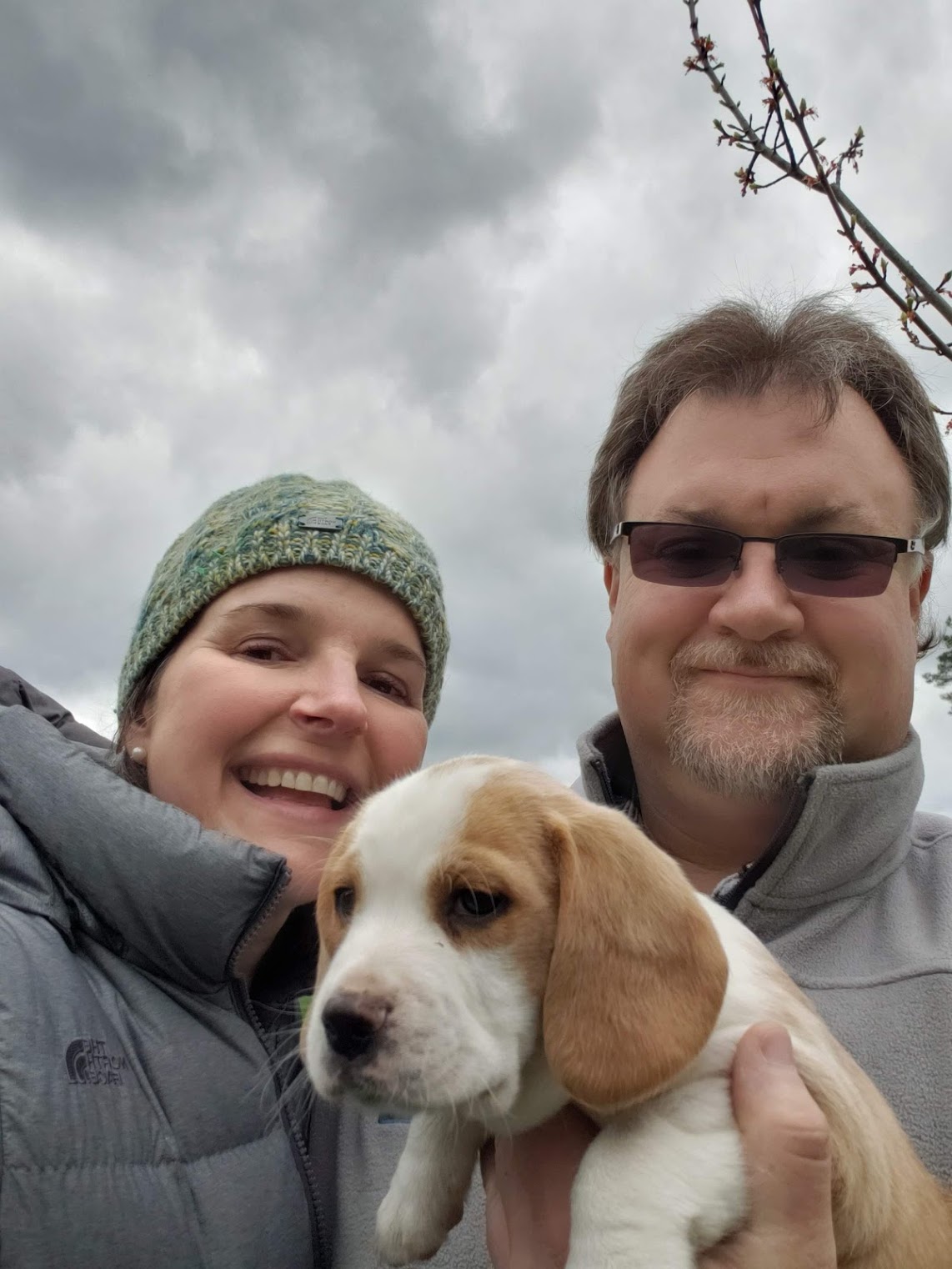 I have a lot of pics of him napping.  But in this one you can see his spotty little paws.  He has spots. On his paws.  I am obsessed. 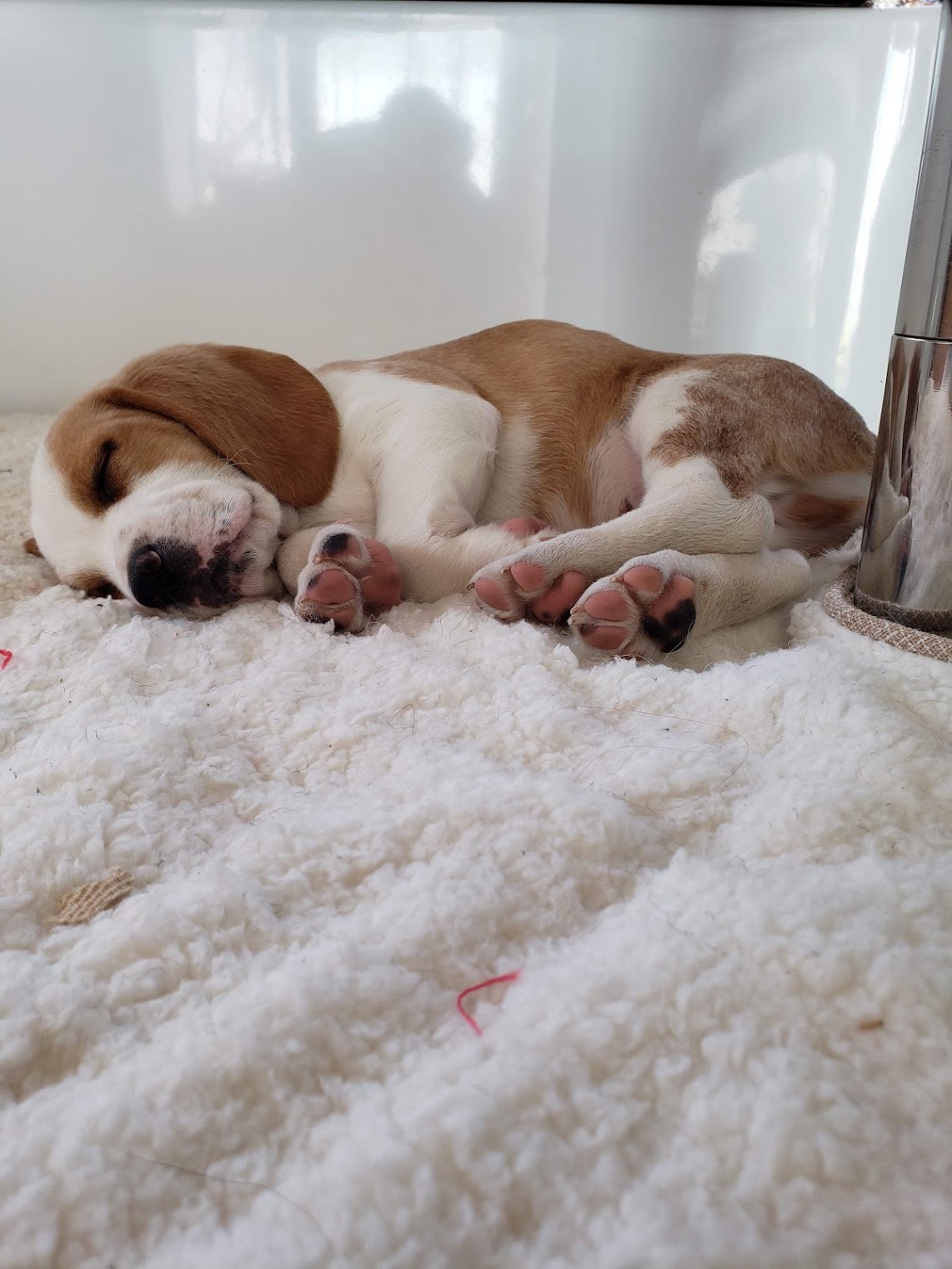 Phin's first visit to his boat.  He also enjoys nibbling on ropes, which is a big no no on a sailboat. 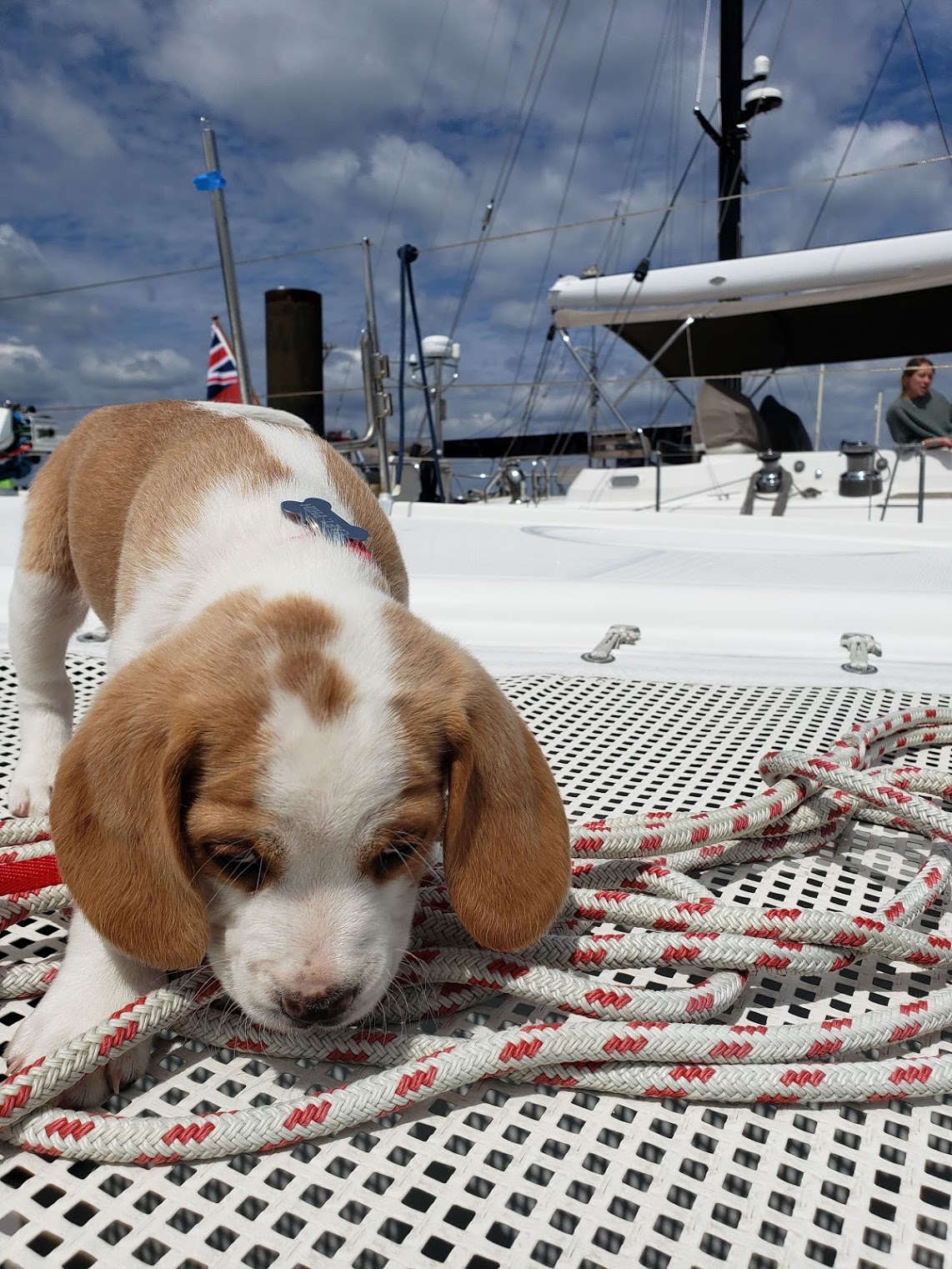 Phin is learning to enjoy the view from the captain's chair.  He is becoming an ocean going dog. 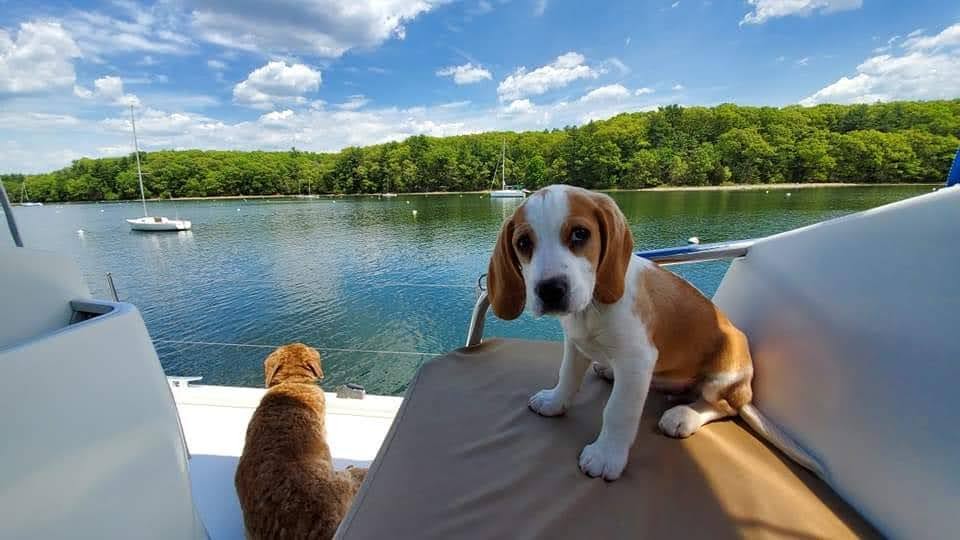 Potter wasn't sure what to make of Phin at first.  Phin of course views Potter as a pre-heated dog bed, however. 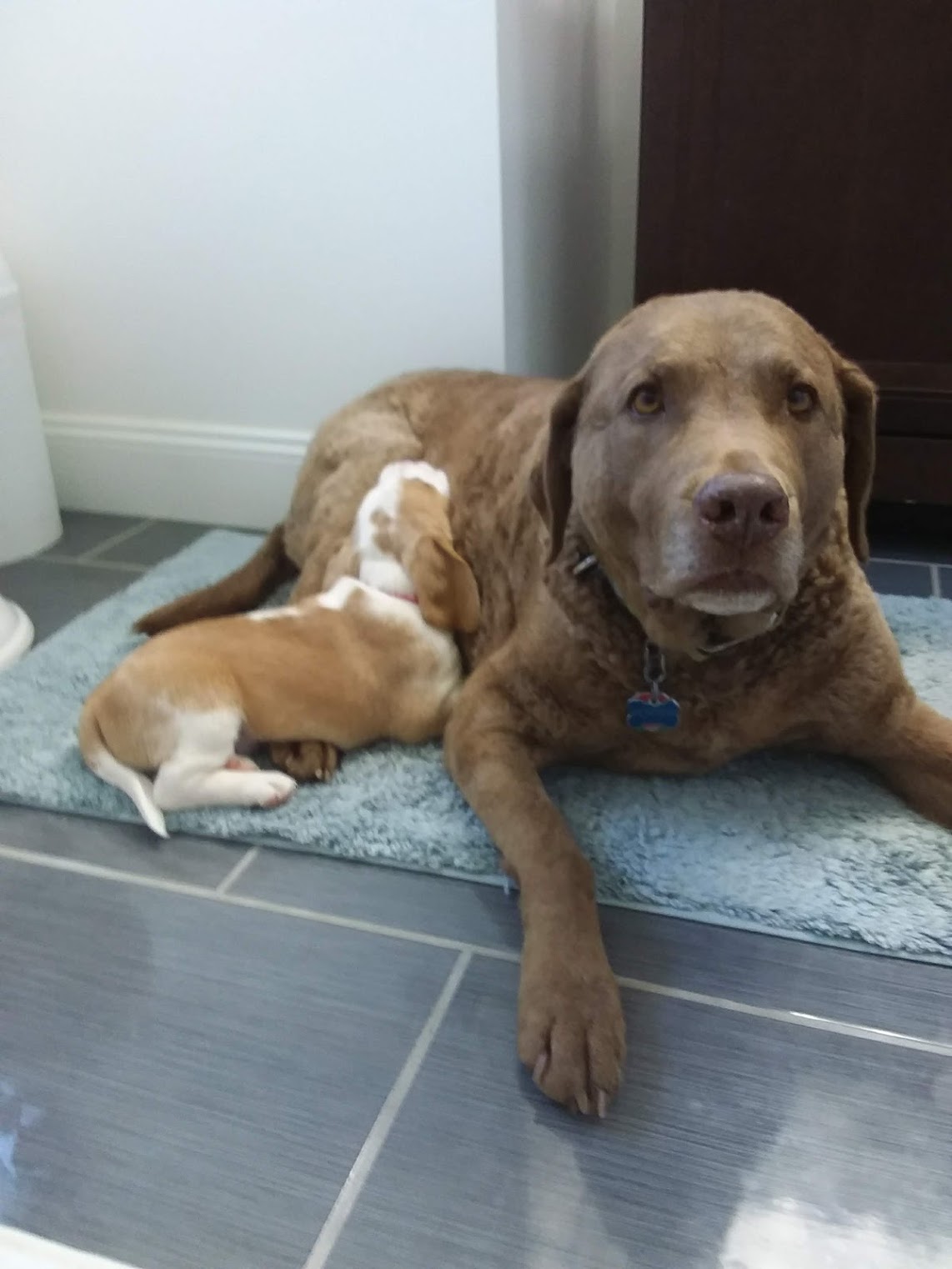 But I think they're going to be friends. 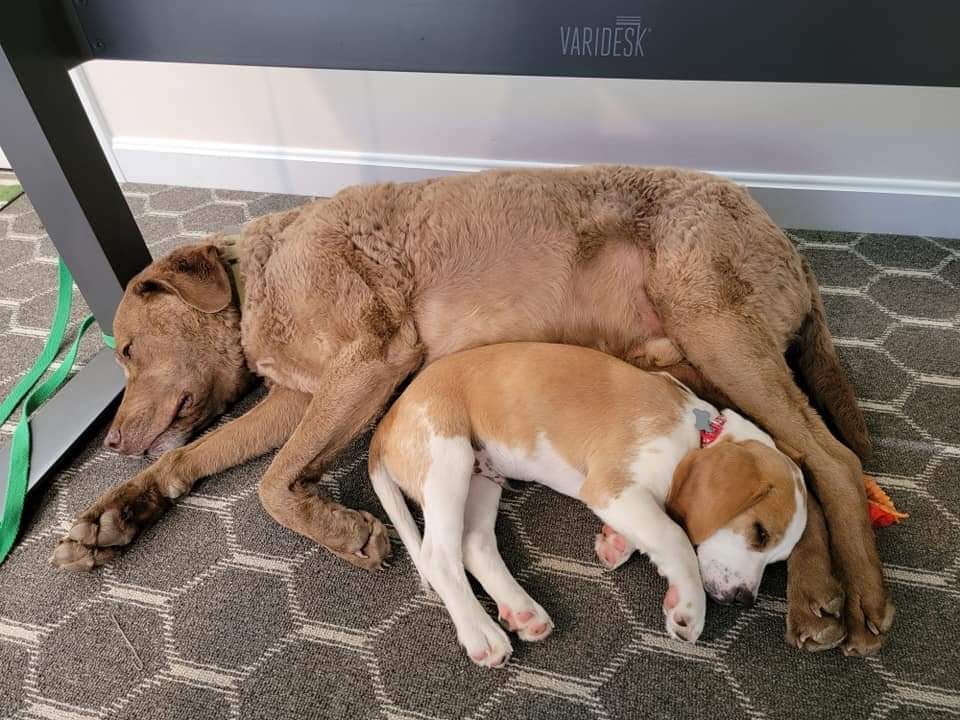